One of the key interest of every house, hotel or flat is the shower. Many can attest that a shower is one of the main things that they ensure its working when they try out a new house or flat. When the shower is turned on full blast, the result should be a steady stream of water. When your shower results into low pressure, a slow drip of water or no water at all, shows that there is a problem. The problem might be that either clogged shower head, clogged pipes or a burst pipe leaking. The shower’s drain may clog and lead to really horrible sight. Our company has professional plumbers that will help with such problems to help you figure out where the problem is. 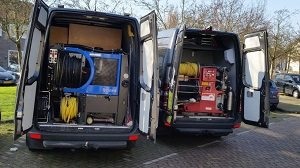 Do you want to make an appointment?

We will be happy to help you solve all types of drainage problems.